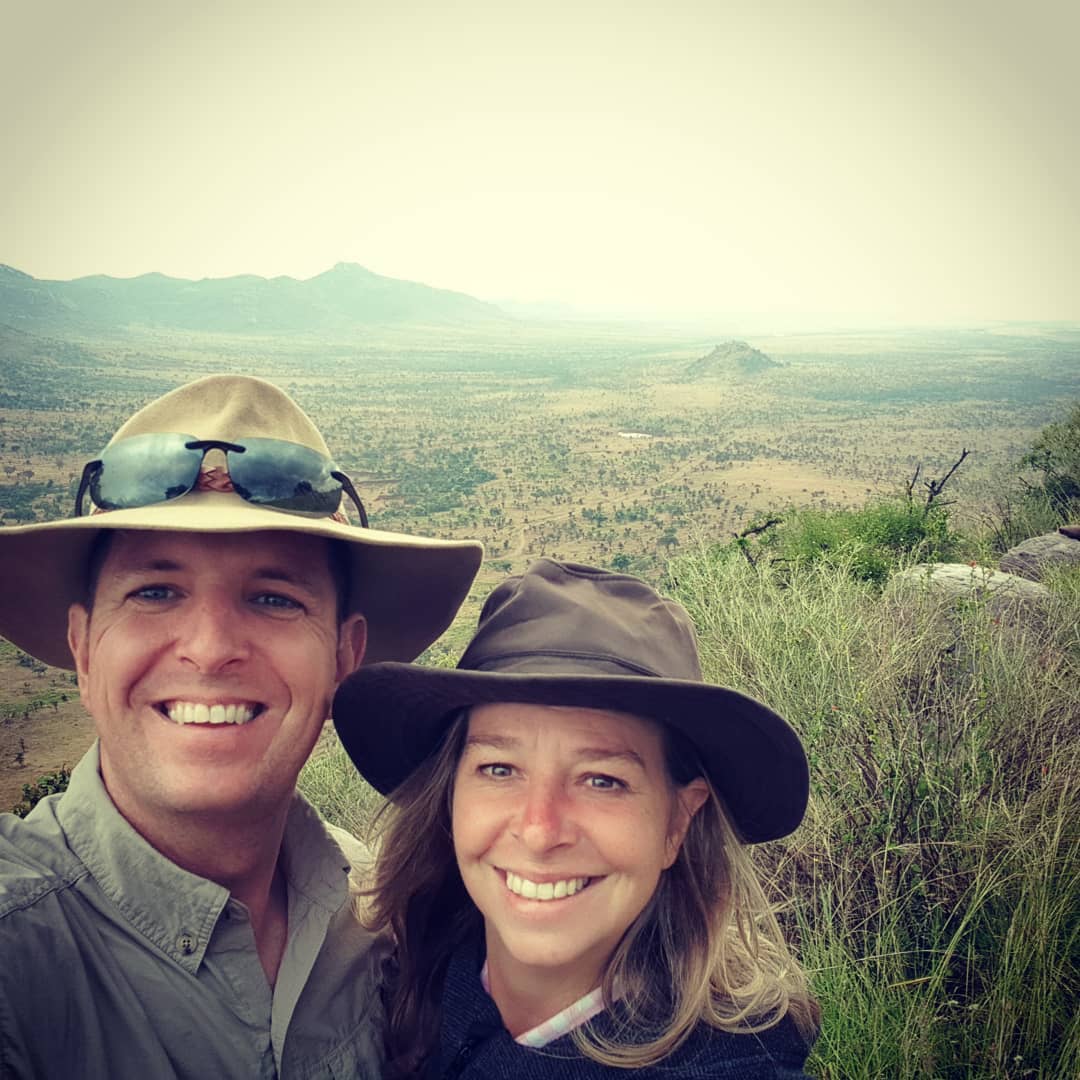 A recent mini adventure saw Mr Nomad and myself along with close friends visit the Lolldaiga Hills to ‘wild camp.’  This is exactly how it sounds – camping in the wild.  I have never really been a fan of camping and this was camping in the extreme – no facilities at all including no running water, no electricity, certainly no wifi and completely and utterly removed from all forms of reality as we know it in the western world.  We were to camp at Lolldaiga Hills which can be found in the highlands of Central Kenya, in the county of eastern Laikipia and around 20 km’s north west of Mount Kenya, some 16 km’s north of the equator.

Lolldaiga Hills Ranch is around 200 square kilometres and is a working livestock ranch and it is also a wildlife conservancy.  There are outstanding views of Mount Kenya and the Aberdares ( 160km of long mountain range) and it is an ancient landscape consisting of a series of magnificent high folding hills, cedar forests, open grassland and wooded valleys.  Within the last 500 years, it was inhabited by the Laikipia Maasai tribe from whose language ‘Lolldaigas’ comes from (Daiga meaning hair braid), referring to the vast range of forested hills.  Within the ancient land, there has been well documented archaeological finds, and cave paintings can be found along with intriguing burial mounds, a throw back to an ancient civilisation. 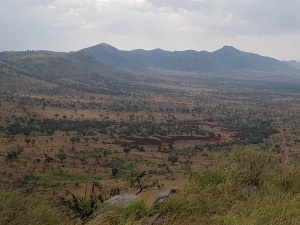 The Lolldaiga Hills Conservation Landscape (LHCL) was formed for conservation purposes and environment and wildlife management and consists of four neighbouring ranches those being Lolldaiga itself (around 200 square kilometres), Ole Naishu (around 125 square kilometres), Enasoit (around 17 square kilometres) and Ol Jogi (around 210 square kilometres).  The area is known not only for its far reaching and spectacular views but also for its remarkable diversity of wild life, in particular larger indigenous mammals with 57 recorded species including 21 species of carnivores and 26 species of ungulates.  There are well over 400 species of birds and over 500 species of plants.  There was to be found an abundance of elephants, zebra, gazelle, impala, eland, leopard, lion, cheetah, wild dog, spotted hyena, olive baboon and in recent years, white rhino have been re-introduced into the landscape.

When we arrived to set up camp, our hopes were high that we would manage to glimpse such wild life, and with any luck, such wild life may even venture into our camp.  The spot where we set up camp was beautiful.

There was no sign of life at all from any other humans, no other vehicles were seen and we were alone in the wilderness. We were on the banks of a watering hole which had emerged with a recent rain shower and there was already a huge pile of firewood at our disposal.  It was peaceful and tranquil and the only creatures to be seen at that time was a pair of noisy geese, no doubt complaining to each other at the disturbance of the humans arriving. 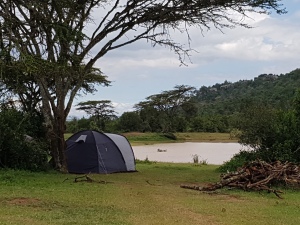 Once the tents had been erected, we tucked into a picnic lunch and then headed out into the conservancy in the vehicle to see if we could spot the wild life that the Lolldaiga’s are famed for.  Within minutes, we had seen impala, gazelle and eland, and this sighting was swiftly followed by numerous elephants! 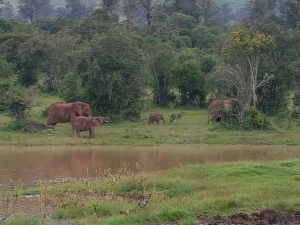 As we steadily made our way along the sparsely used tracks, we saw many elephants.  They were everywhere!  They were not as habituated to vehicles as elephants seen at other conservancies so were nervy and skittish, and they swiftly moved off as our vehicle crept past them.  We were also treated to a sighting of a huge giraffe who was in no hurry to run away. 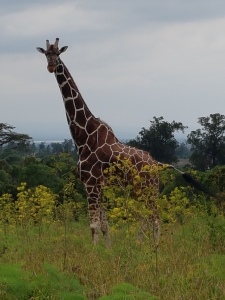 We didn’t stay out too long and retreated to camp so as to get the fire going before darkness fell.  The friends who were accompanying us had prepared a delicious beef stew which we heated on the open fire and readily tucked into.  As darkness fell, stillness enveloped us and we could make out the distinct sound of crunching on the opposite banks of the watering hole.  Upon Mr Nomad searching through the blackness with a flash light, we excitedly made out the shape of an elephant!  We were thrilled that in our first camping trip in the wild, we were joined by elephants!  This was a magical moment for us all and we stared silently until the elephant disappeared into the night. 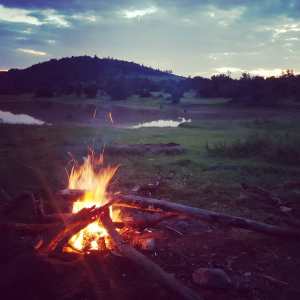 The morning dawned after a fairly good night’s sleep and we enjoyed a breakfast of bacon and sausages cooked over the embers of last night’s fire.  The geese swam around the lake, and we were joined by a Spoonbill bird but he was too quick to take flight to enable a photo to be taken.  As we devoured our breakfast, we also spied warthog sneaking through the bush.  It was so peaceful, it was like being in a different world.  It was certainly as far away from the rat race as one could be.

After breakfast, we jumped into the car to explore more of the conservancy and again, came across elephants, giraffe, impala, gazelle, eland and zebra.

We continued to climb the hills, testing the vehicle’s capabilities and we got to an incredibly high point where we could see the vastness of the land.  We took the opportunity to stretch our legs and upon alighting the vehicle, the views were simply breath taking.

The landscape was stunning and rolled on forever.  A huge eagle glided above us also seemingly taking in the view. 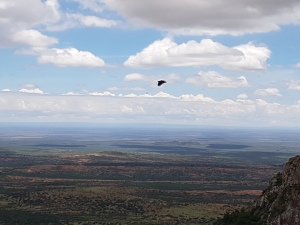 After a wonderful morning, we returned to camp to take down the tents before the rain came and we were all sorry to leave somewhere of such beauty.  That said, despite the lack of creature comforts, we had both enjoyed the wild camping and it is a definite that we will be returning in the future to be at one with nature, and to explore the area further.