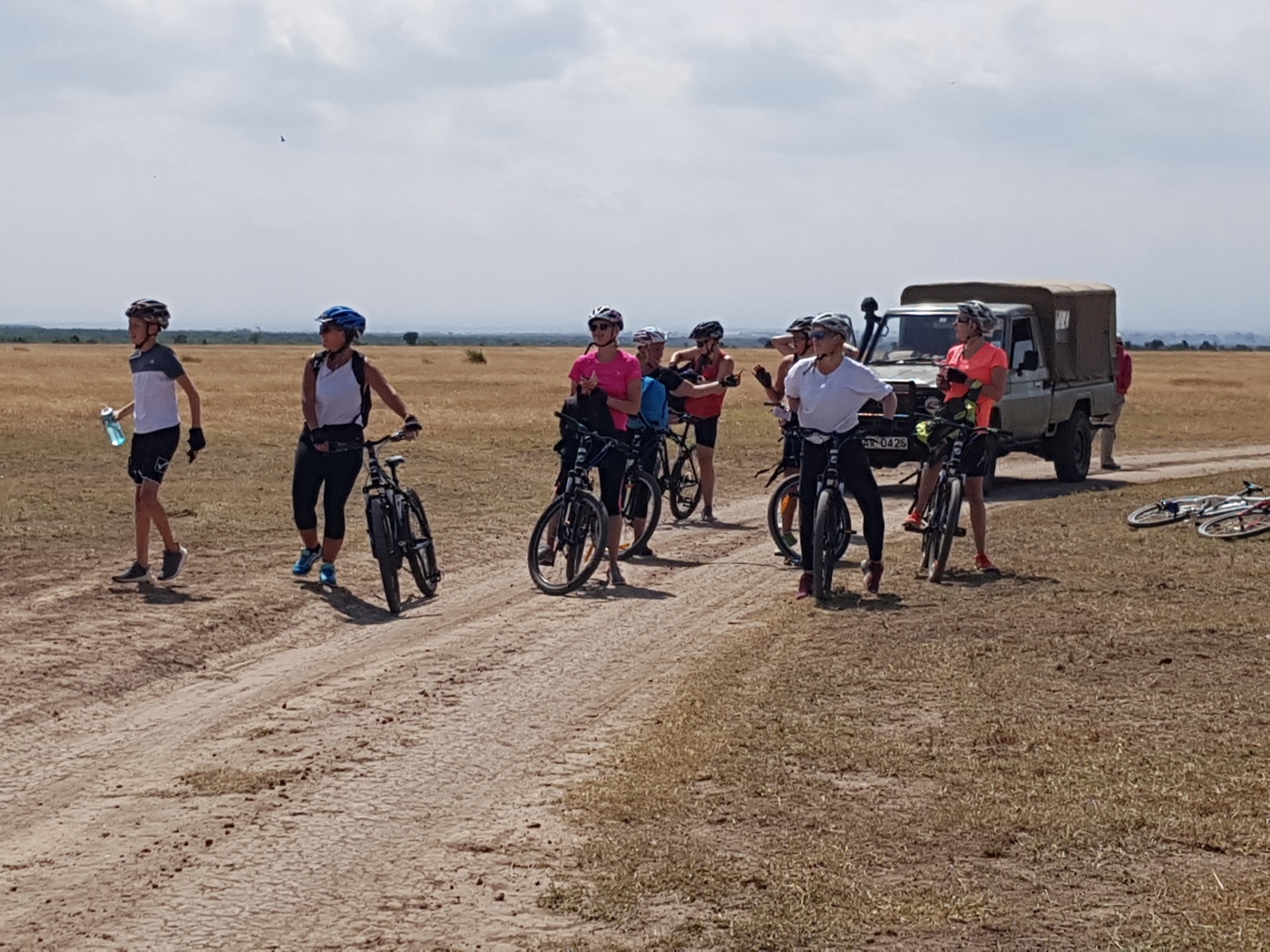 Following the trip to Ol Pejeta Conservancy, I decided to undertake another trip around Ol Pejeta but this time on a mountain bike.  Phil sat this one out and I took the bike ride with a group of ladies (and two young men) to experience a safari on a different level.

Once we had been provided with an appropriately fitting mountain bike, we set off on a sedate ride around the Conservancy.  We were accompanied by two experienced guides on mountain bikes, a support vehicle and an armed ranger.  We were warned that we were not to veer off the established roads and we were taking a route which took us through open grasslands….cycling was not permitted near bushes in case something jumped out on us!

It wasn’t long into the ride when we came upon a rather large male elephant taking up the entire road.  The armed ranger halted us and walked ahead of us, in case the elephant became alarmed at our presence.  We were also advised to dismount the bike and to walk quietly so as not to attract attention.  This confused me somewhat as I feel that I could cycle much faster than I could run!

The elephant was somewhat perturbed by a group of people on bikes but after much posturing and ear flapping, he went on his way…I’m not entirely sure that it was the bikes that startled him, more the disturbing sight of so much lycra!

After continuing on the cycle ride, and taking in the breath taking scenery, a break was taken at the Rhino Cemetery.  This was a poignant moment because I was able to take the time to read all of the graves which name each rhino lost in Ol Pejeta, their age when they died, and the reason for their passing.    Yet another reminder however of the cruelty bestowed upon these magnificent creatures, soon to be lost forever if such wanton killing does not cease. 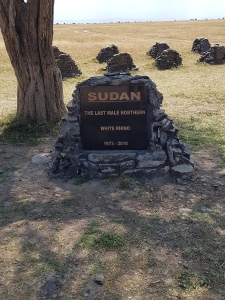 The cycle ride continued without drama and it was a really lovely way to experience the Conservancy… the wild life was plentiful with the presence of zebra, buffalo, impala, warthogs, giraffe, baboons and amazingly, more rhino.  They had been resting and relaxing when we happened upon them but they soon scurried away, seemingly alarmed by crazy people on bikes (or like the elephant, perhaps the sight of lycra!)

Enjoying the cycle ride for what it was, there was not much opportunity for taking pictures.  I am not the best at photography any way, but especially not when trying to ride a mountain bike whilst avoiding wild life that see me as lunch!  With Ol Pejeta on our door step, I have no doubt that Phil and I will return….

Thanks again to Rift Valley Adventures for such a great experience