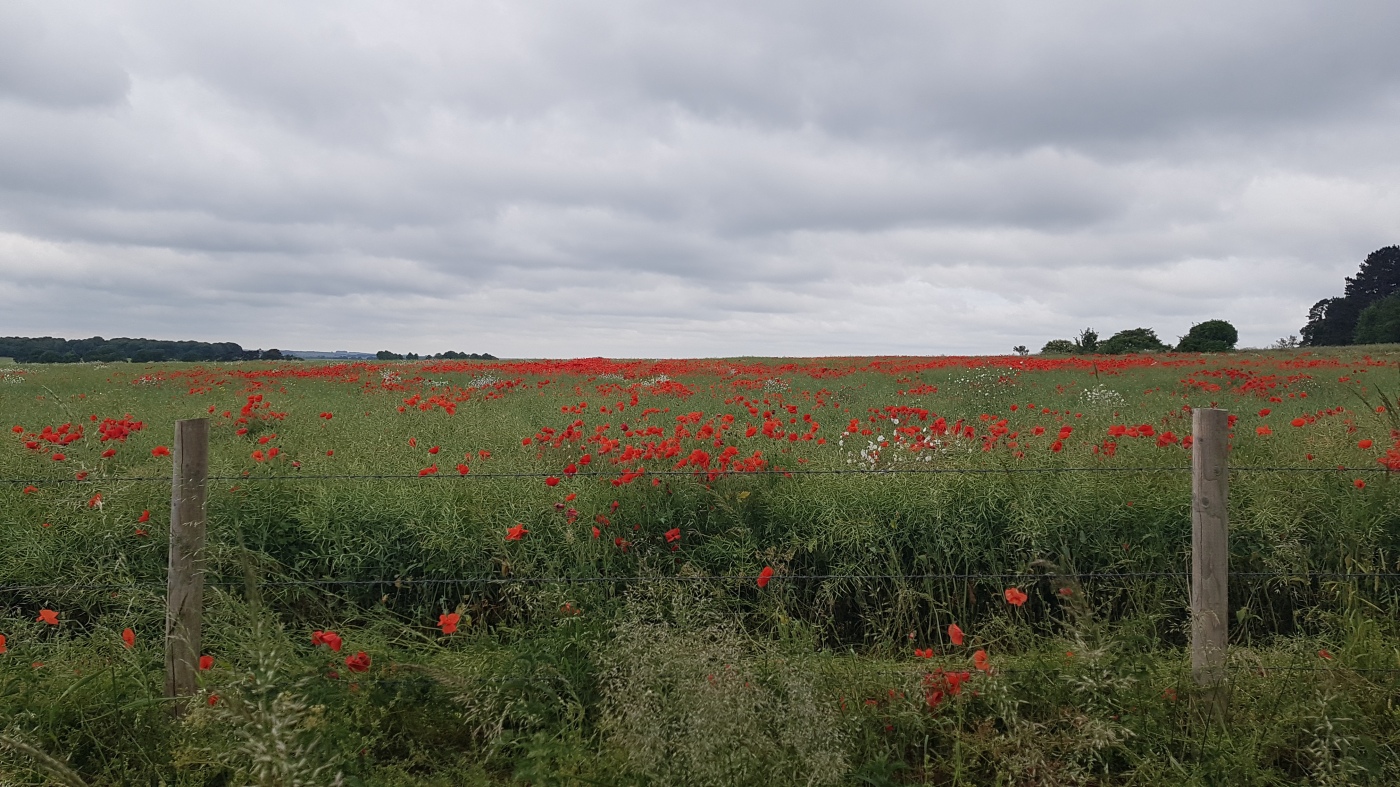 In my last blog, I touched upon my attempts at running.  In the continuing lock down, and in an area of the UK which is alien to me, I had the burning desire to explore my new surroundings and as I have no other means of transport, I have put my legs to good use and have continued in my quest to get out into the glorious countryside.  I decided to participate in a competition for us displaced folk to run 100 miles in a four week period.  It was known as the BATUK 100.  BATUK stands for the British Army Training Unit Kenya and the competition was entered by 55 people who are in varying parts of the world, mainly those left behind in Kenya and those who found themselves labelled as ‘evacuees’ back in the UK.  The competition has been great motivation and it gave me a reason to get out of my bed in the morning, even though it has been an entirely solitary affair. 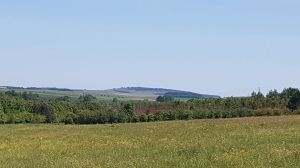 Back in Kenya, I had Hound Solo and Princess Zuri to drag me up and we would always be out for morning walkies as the sun was coming up but I had to leave them behind to be taken care of by Mr Nomad who also remained in Kenya.  Rather than feel bereft at this, I have forced myself to embrace each day with a leg stretch in the beautiful Larkhill landscape.

The competition spanned from 4th May 2020 until 31st May 2020 and the aim was to complete 100 miles in that time frame, although the rules were that you were limited to running 25 miles each week.  The participants were united by Strava and every day, our efforts were recorded by GPS, and logged accordingly.  Given my inability to run any great distance only ever having been a sprinter in the past, this was an incredible challenge but I figured if I was going to trundle around the countryside, I may as well record my endeavours and monitor any progress made.

Throughout the duration of the competition and the month of May, luck was on my side with the weather.  It has been gloriously sunny constantly and I recall only two days where the weather was dubious.  On one of those days there happened to be a rather strong head wind and this was very unpleasant and I found myself taking an extreme battering at every step with my legs feeling like lead weights.  On the other day that I recall when the weather was questionable, there was a sudden down pour accompanied by hailstones although this only seemed to happen when I was out running.  The remainder of that day was fine! 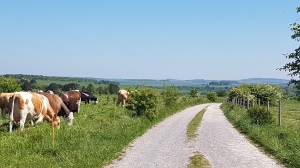 Accompanying the strong sunshine was incredible heat and this has perhaps not been ideal for my running efforts but I persuaded myself that the sweat rolling off my brow was a good thing, and with that sweat dripping off me was also calories!  Whilst I have never been a fan of running because of the impact upon my aging joints, my waist has made a welcome return and my calves and thighs are no longer quite as wobbly as they once were.  I have repeated to myself the mantra of ‘no pain no gain’ on countless occasions! 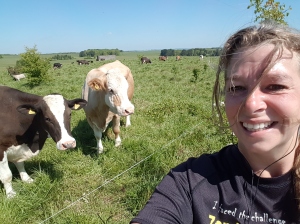 I have been able to take in some stunning views of the setting I find myself in, and I have trundled along without a care in the world, becoming lost in my thoughts.  It has been a welcome distraction to the predicament I am in.  There really is a prevailing sense of freedom and even in the confines of lock down, I have been able to experience a degree of liberation.  The Salisbury Plains roll on forever as far as the eye can see, with never ending green grasslands and in some ways, remind me of the grassy savannah of Kenya.  The meadows and pastures in Wiltshire have a dense covering of numerous hardy and course grasses including Meadow Fox Tail, Cocksfoot, Yorkshire Fog Grass (or Velvet Grass) and Timothy, and are littered with grazing live stock such as sheep, cows and horses.  I’ve even been lucky enough to sight numerous deer and foxes on my travels.  I have also seen a badger, a notoriously shy creature although admittedly, the badger I saw had met with an untimely demise, its lifeless body lying rigidly on the road side.

The sight of a dewy eyed deer munching on a tree at the road side was breath taking and we stared at each other in disbelief until she was spooked by traffic and she was gone in a heart beat.  The deer here are nowhere near as confident as the various antelope species that roam the plains of Africa in vast numbers and I felt privileged to see such a magnificent creature, albeit fleetingly.  The same can be said of the foxes that I have spotted.  They are somewhat elusive and far more timid than a jackal, an animal that I liken to the fox that I would regularly see in Kenya.  On one of my many runs, I could just see the outline of burnt orange fur bobbing in a poppy laden field.  His bright colourful coat was shimmering in the sun and looked fantastic as he weaved amongst the red poppies making a swift get away.

On each and every run, I have continued to treat my outing as an adventure, a safari, an exploration, and I have never been disappointed at what my immediate surroundings has to offer.  I was even excited to come across a cat.  Not the big cats that frequent the African bush, but a beautiful black domestic cat who willingly showed me his prowess, strutting through the long grass without a care in the world and oblivious to my desire to fuss him. 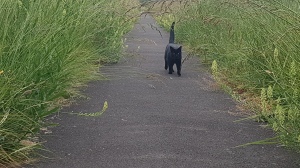 The woods have made for some interesting routes, the ankle-breaking tree roots attempting to trip me, but the mighty trees offering shade from the relentless sun that has been the theme of this challenge.  The greenery of the countryside has been brought alive by an abundance of wild flowers and I had the pleasure of trotting alongside a field filled with vibrant poppies.  They make for a spectacular sight, swaying in the breeze like a gentle tidal wave.  The hedge rows and the road side verges have not been trimmed or tended to for some time and make for fascinating habitats for smaller critters, and a range of invertebrates.  There are butterfly’s flitting around, there are numerous beetles and bugs zipping about, and I have often heard the gentle humming of a bumblebee flying past me.   There is untold beauty all around, even in these bleak days of a pandemic. 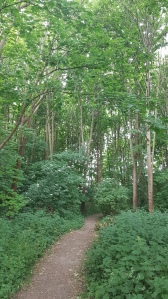 On another one of my ramblings, I was delighted to stumble across a couple of abandoned tanks!  A graphic reminder that this location is utilised for training by the British Army, and is home to the Royal Artillery. 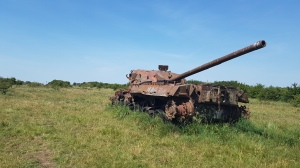 Although I am besotted with the wild life, these heavy clunky armed vehicles were fascinating to me.  I had to resist the urge to clamber upon them but given their state of dilapidation, I was concerned that the outer shell would not bear my weight.  Even in their derelict state, they were a sight to see, intimidating and imposing and were added to my growing list of the amazing things that I have witnessed in Larkhill. 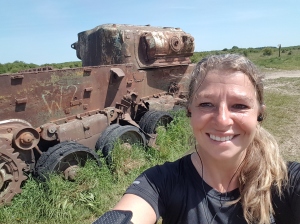 And so the running has continued.  I have pottered on, step by step, steady away towards the goal of 100 miles in a month and I have achieved this.   It has not been without aches and pains and unbelievable stiffness which has almost buckled me but I was determined not to give in.  Even when I had a slight stumble on my roller skates and sustained gravel rash up my elbows and across my buttocks, I still did not give in and for this, I am proud of myself.  I am not going to win any prizes and I am not going to break any records.  I am certainly not going to be a marathon runner, but the achievement came in that I kept going.  In my despair at being separated from my husband and my fur babies, in the darkest days of despondency and loneliness, I have overcome my inability to run and actually completed some serious miles.

Perhaps most tellingly, even though the competition is now over, I have still continued to run.  I might even be starting to enjoy this running thing.  I certainly enjoy the beauty of the countryside and its fascinating inhabitants. 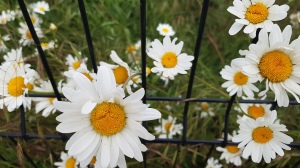 Whilst I will continue to run when I eventually return to Kenya, I’m quite sure the terrain will not be so forgiving, the weather more severe and in biblical proportions, the altitude more challenging and the wild life is likely to eat me.  It is no wonder that the world’s greatest runners train in Africa!