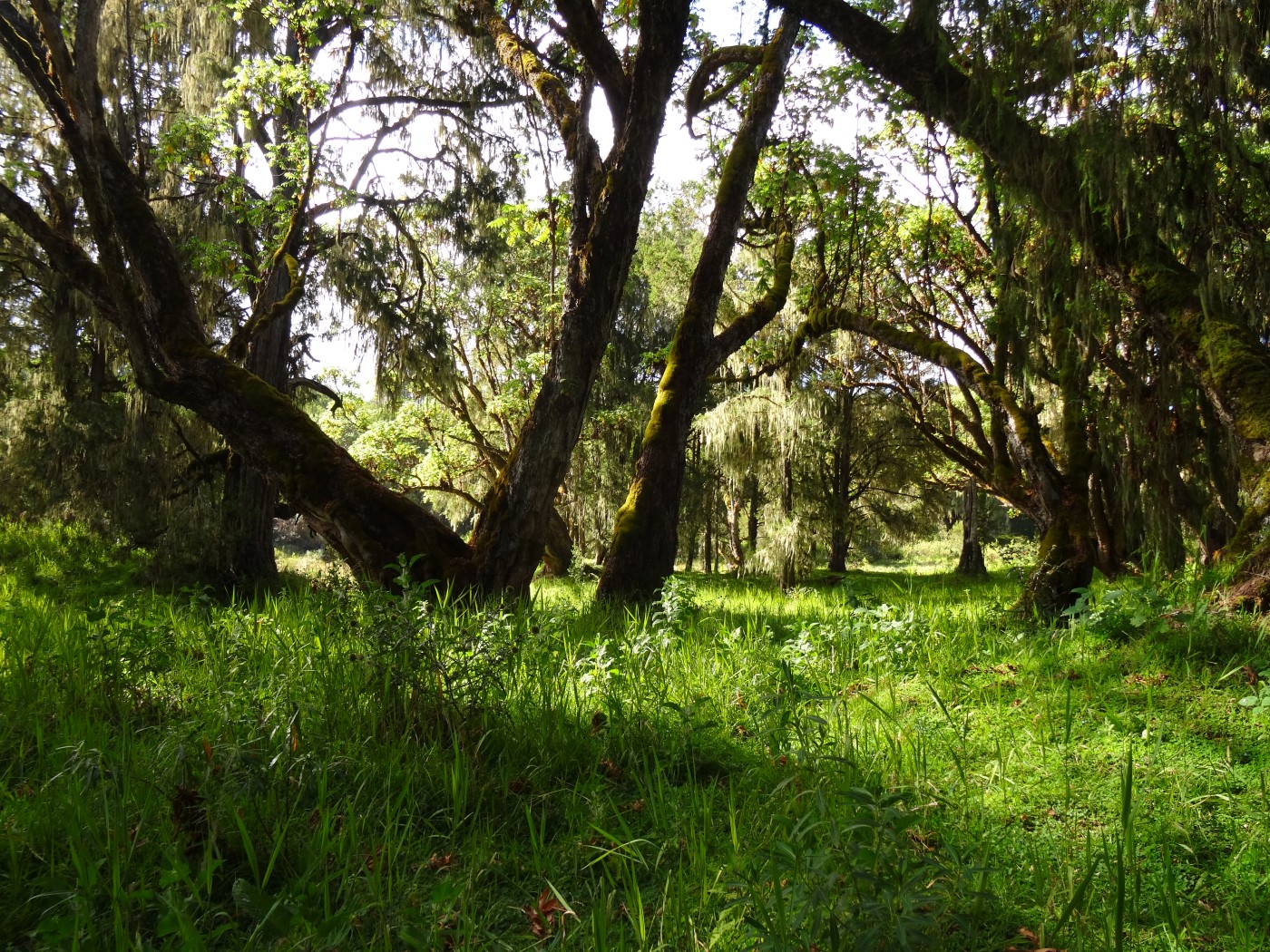 With the commencement of the new year, the day had arrived when Phil and I were to attempt our next challenge….climbing the second highest mountain in Africa, the majestically imposing Mount Kenya.  We had previously had a training day when we trekked up the mountain from the Sirimon Gate but with this climb, we were to take the Chogoria route, entering Mount Kenya National Park at Chogoria Gate at 2950 metres above sea level, on the eastern side of the mountain, following the designated and well trodden route and eventually going back down the mountain and exiting via Sirimon Gate. 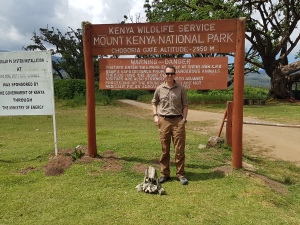 The Chogoria route is known to be the most scenic and interesting route, passing through the enchanting Hall Tarns, and the rosewood forest with the splendour of the hanging lichen from the giant trees where we were to trek through the forest, up towards Lake Ellis, followed by the sheer cliffs and spectacular Gorges Valley, camping around the magnificent Lake Michaelson, ascending gradually towards the camp known as Simba Col and onwards to the summit of Point Lenana at 4985m above sea level. 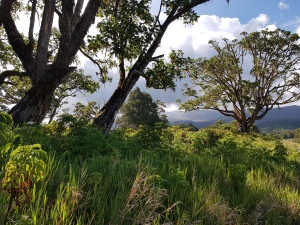 After summiting, we were to then descend fairly rapidly through Shiptons Camp, down through McKinders Valley towards Old Moses Camp where we would be collected by vehicles and exit via Sirimon Gate.   The altitude was always going to be a major concern hence the gradual ascent over 5 days so as to hopefully, acclimatise and avoid altitude sickness.

We left Nanyuki in a minibus (in convoy with our fellow mountain climbers) and drove approximately 4 hours to Chogoria Gate.  The journey took us through Meru county and its communities, and through the lush farm lands of Montane Forest.  The journey was not without its excitement, particularly when we drove through a live protest!  The local people were throwing burning tyres into the road, and rocks had been thrown into the road to stop the traffic from passing and whilst the driver attempted to manoeuvre through the furore, the Kenyan Police fired tear gas into the crowds of people.  Cries from Phil to close the windows did not avoid the stinging eyes and running noses!  Only in Kenya!  The minibus struggled to make the final ascent to Chogoria Gate and we had to disembark to allow the vehicle to get up the hill with our equipment but thankfully, a land rover collected us and we eventually arrived at Chogoria Gate in one piece.

Upon our arrival at the Gate, we were treated to a delicious lunch of Bean Salad before setting off on our adventure.  I was grateful to see the arrival of Porters who were to carry our personal belongings and the camp equipment up the mountain with us.  The porters loaded themselves up like pack horses and set off, and we followed slowly behind on the first leg of the epic journey.  We were going only a short distance to our first camp so the first leg was more of a relaxing stroll through a beautiful woodland.

The weather was glorious so the mood was cheerful as we marched along. 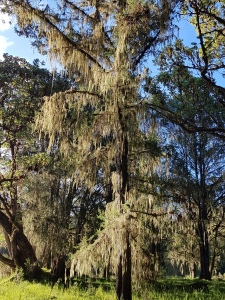 We were able to take in the sights and sounds of the lower altitude forest and whilst we had been informed about the wildlife that could be seen at this level, I was not lucky enough to see anything.  There were apparently, elephants, buffalo, leopard, rock hyrax, various antelope species and many birds to be seen but I did not spy any such creature on this first day.  I did however, witness the magnificent trees within the forest where the tents that were to become our home for the following 5 days were set up and ready upon our arrival. 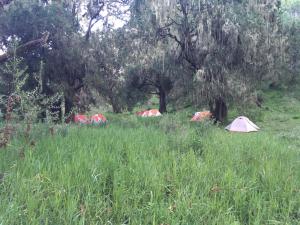 We were able to relax around a warm stove in a communal tee-pee and contemplate the start of this epic adventure over a lovely curried chicken supper.  Night fall came quickly and an early night was sought to prepare for the coming days….